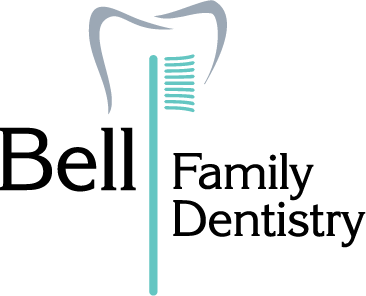 CHICAGO — Recent, wide-spread news coverage based upon a recent research study may raise unwarranted concern about the safety of certain types of dental floss. The ADA Science Institute finds the data insufficient to support the conclusions presented in this research and associated media coverage.

No restrictions on the use of dental floss have been issued by the U.S. Food and Drug Administration, the regulatory agency that oversees clearance of dental products marketed to the public. It is also important to bear in mind that this is a single study. Public health policy and safety decisions should be based on the collective weight of scientific evidence.

The study, published in the Journal of Exposure Science & Environmental Epidemiology, involves a small sample of 178 women and their self-reported use of a wide array of consumer products and foods.

The study measured blood samples from 178 women and found that those who reported using a certain brand of dental floss had higher levels of a type of PFAS called PFHxS (perfluorohexanesulfonic acid) than those who didn’t.

One of many shortcomings of this study, according to the ADA Science Institute, is that the study measured fluorine as a marker of PTFE (polytetrafluoroethylene), though the women in the study who reported using a particular brand of floss were found to have elevated levels of PFHxS.

PTFE is often used in food and beverage, pharmaceutical, and cosmetic applications. The fact that the researchers were able to find the PTFE marker in several brands of floss does not mean that it is the source of the PFHxS in the women.

Given that this was a retrospective study including self-reported use of products, there are likely many other differences between women who did and did not report having used the brand of floss mentioned.

The ADA sees no cause for concern based on current evidence, and above all continues to encourage people to clean between their teeth daily with floss or other interdental cleaner as part of the ADA’s daily oral hygiene recommendations.

We hope this newsletter finds you and your family in good health. We are very excited to see patients again at our office. Our community has been through a lot over the past couple of months and all of us are looking forward to getting back to our normal routines. While many things have changed, one thing has remained the same: our commitment to your health and safety.

Infection control has always been a top priority for our practice as you probably noticed  in your past visits to our office. Our infection control processes are designed such that when you receive care, it is both safe and comfortable. Our office follows infection control recommendations made by the American Dental Association (ADA), the US Center for Disease Control (CDC), and the Occupational Safety and Health Administration (OSHA). We follow the activities of these agencies so that we are up-to-date on new rulings or guidance that may be issued. We do this to ensure that our infection control procedures are current and adhere to each agencies’ recommendations. Protocols we have created in our sterilization procedures include:

As a result of our added protocols we have put in place to promote safety, you may see some changes when it is time for your next appointment. For example:

We look forward to seeing you again and are happy to answer any questions you may have about the steps we take to keep every patient safe at our practice. To make an appointment, please call our office at (919) 380-7624 or visit us at bellfamilydds.com.

Thank you for being our patient. We value your trust and loyalty and look forward to welcoming you back.